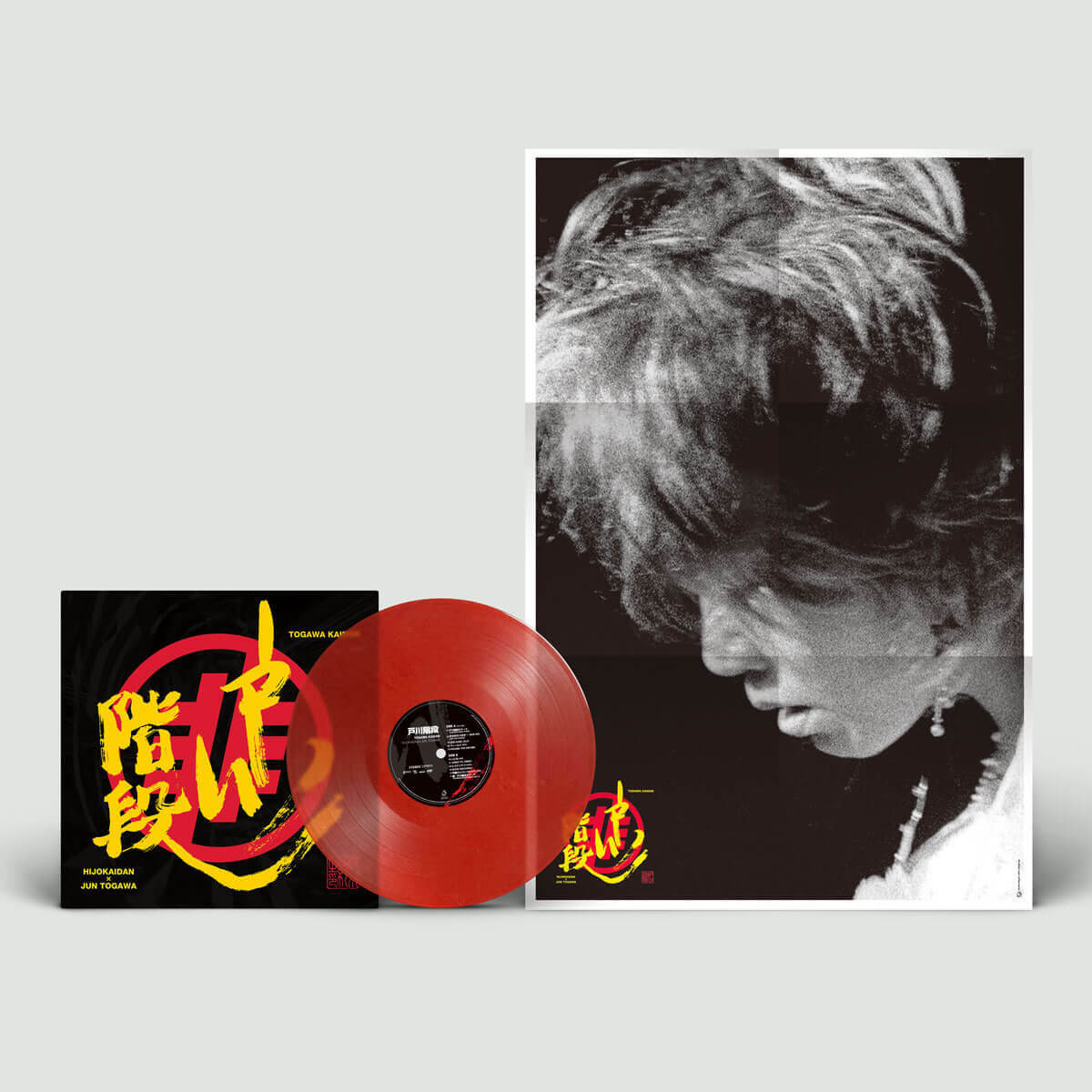 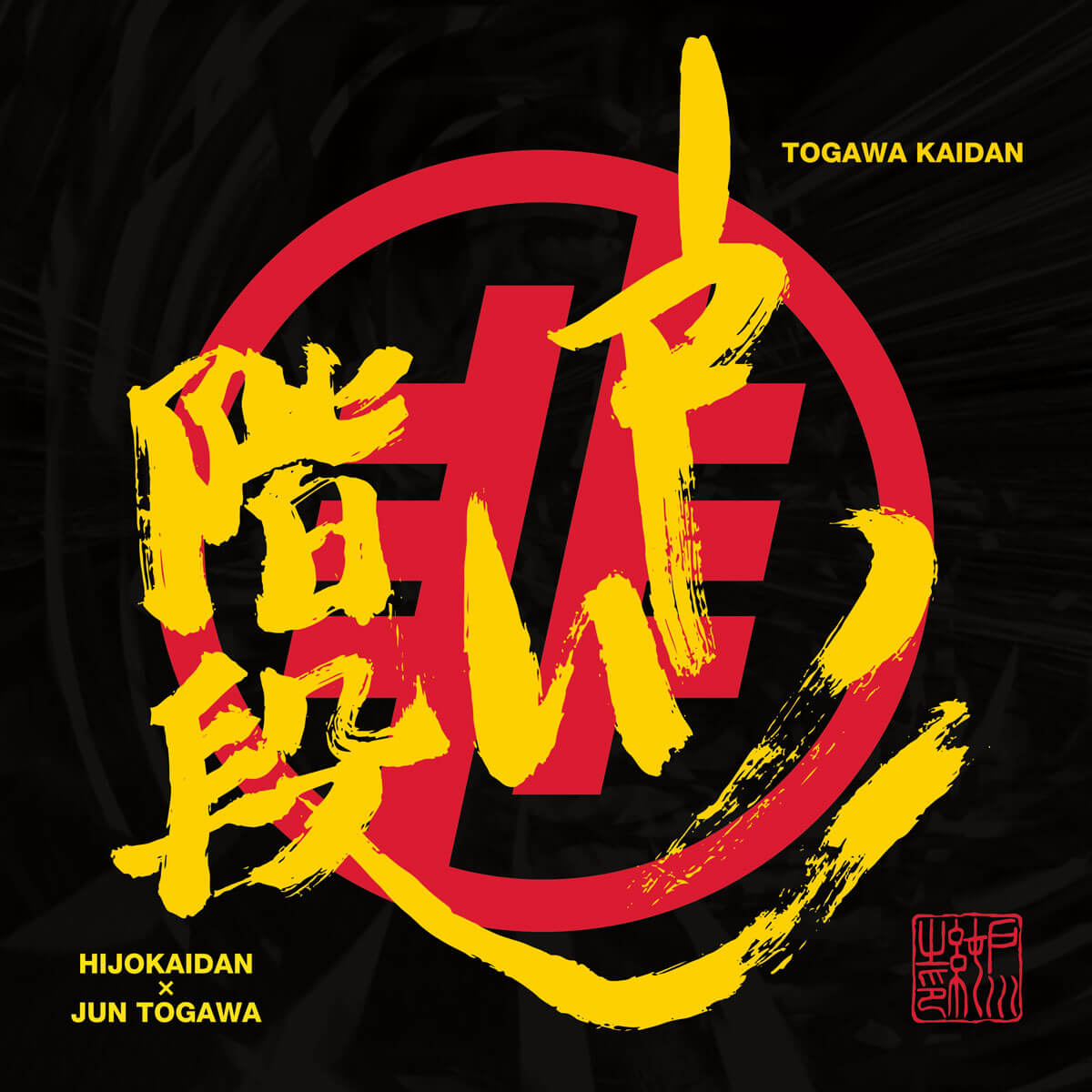 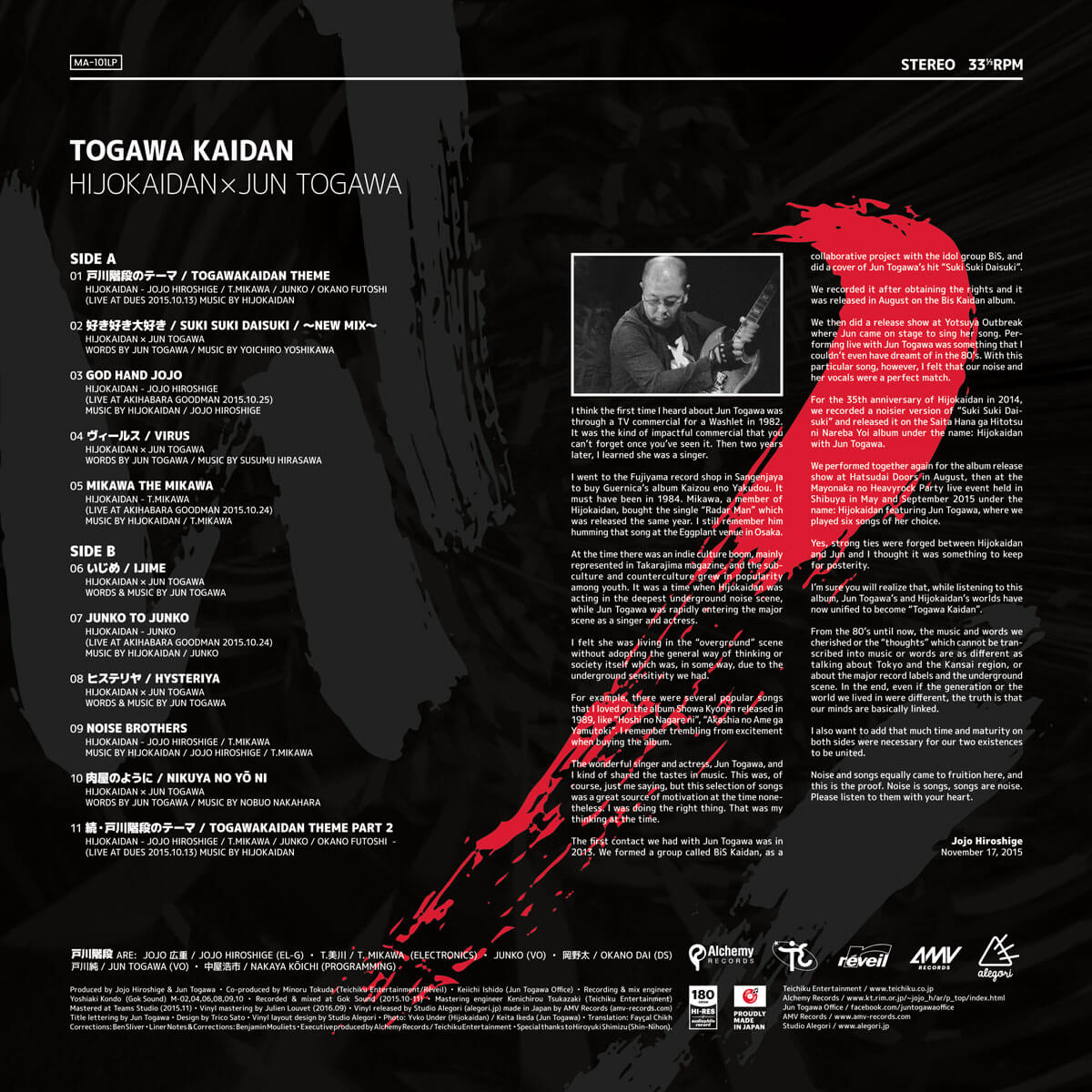 For the first time, art-pop goddess Jun Togawa meets on disc noise icon Jojo Hiroshige for a fantastic album, a twin-pronged sonic attack to melt your ears in disbelief. As maddening as one can expect, the music is an invitation to the worlds of both artists – a surrealistic tour de force to knock your loose socks off.
Former actress Jun Togawa is an eccentric pop singer, a poisonous flower that sprouted in 1980s new wave bands like Halmens, Guernica and Yapoos. The famous “insect woman” worked with such masters as Haruomi Hosono and Otomo Yoshihide, before lending her voice and lyrics to half the tracks presented here on Togawa Kaidan – including hit song “Suki Suki Dai Suki”. And it feels like a comeback!

Pursuing his latest works with pop idols, Jojo Hiroshige is better known as the founder of cult band Hijokaidan, aka one of the most prominent and violent noise-improv acts ever fomented in Japan. His influence over the Japanese underground scene is limitless with more than 200 album credits in his entire output, including Ultra Bide, Acid Mothers Kaidan, Bis Kaidan and many more.

Together, they form an unexpected duo, a monstrous and absurd collaboration seeking to water down pop music into an ecstatic cacophony for the sake of it!

This striking record sounds like a dragonfly trapped in the emergency staircase of an ever-collapsing structure, trying to survive between guitar shreds and clusters of blistering noise. Every two tracks, Jun’s quirky vocals add a layer of sweetness over the clanky maelstrom created by “God Hand Jojo”, her squeals shattering on a wall of brutal noise. Hearing Togawa and Hiroshige, you will face a virtual onslaught in staggered rows. Now available on vinyl with download codes for exclusive bonus tracks, you may fully experience their take on what music is all about. – B.M.