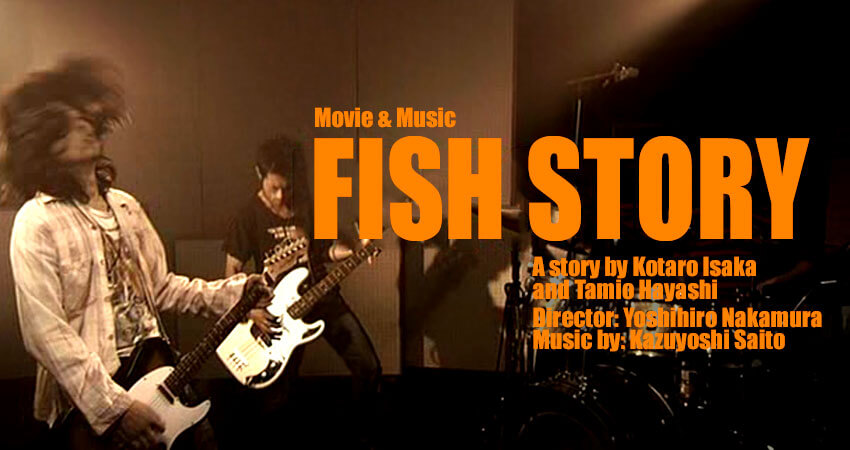 I love the genre of Japanese film that mixes mini-stories that have no relation to each other, creating a patchwork of absurd and hypnotic narratives from which it is impossible to tear one’s eyes away before the ending.

An ending that becomes remarkable as soon as everything connects and overlaps that gives all its interest to that cry that is so popular in Japan: “EEeeeeeee!”

‘Fish Story’ is one of these works. Amazing. It carries you on a journey, through a perfect orchestration of events that take place from 1953 to 2012, towards an ending that is at the same time as improbable as it is obvious.

Yes, the music will save the world!

But that’s not all! The movie is centred around a punk song that will have a profound effect on people’s lives, eventually becoming the saviour of the world. 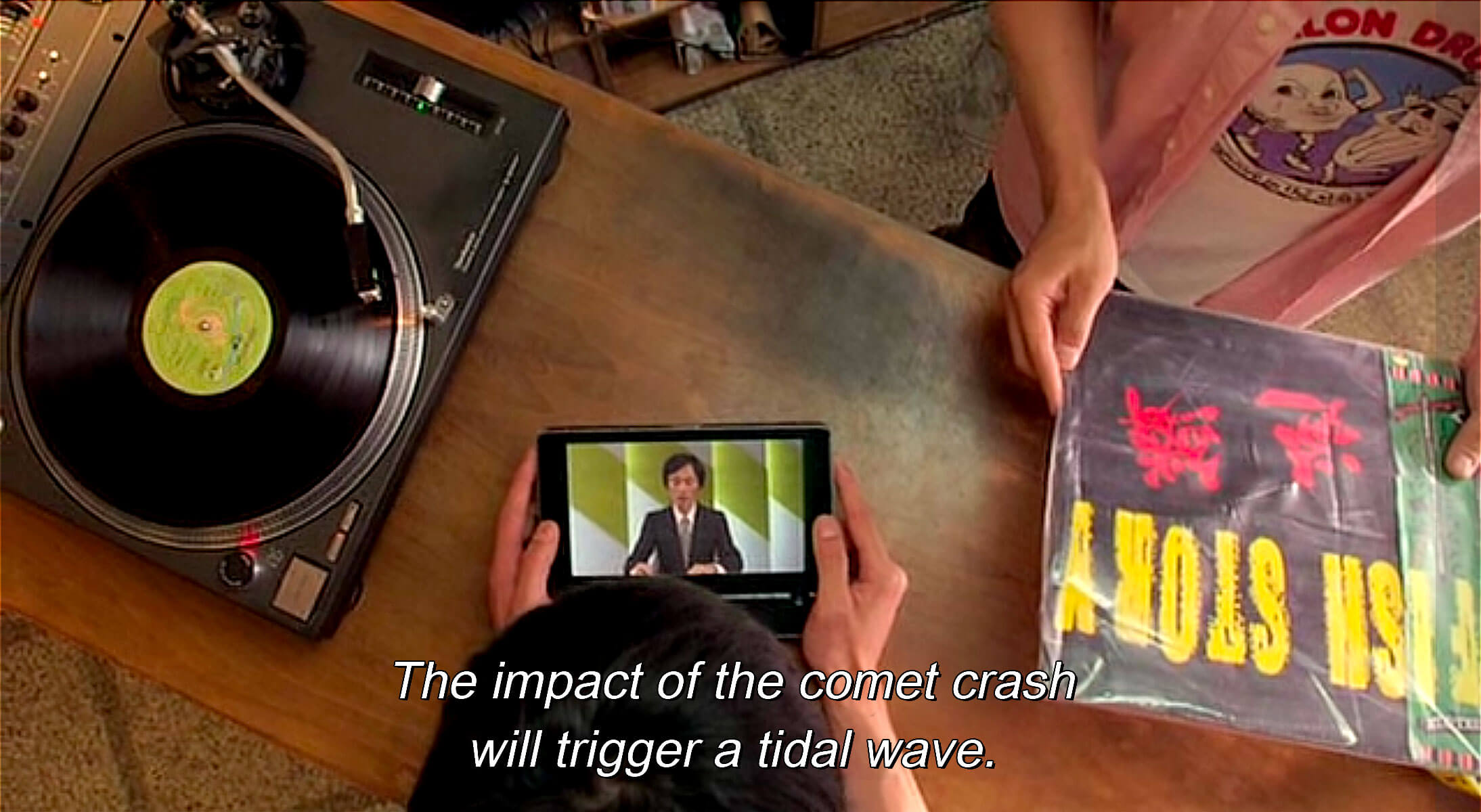 In 1975, ‘a year before the Sex Pistols’, an obscure Japanese punk rock band called Gekirin (逆鱗, that could be translated by “the anger of your superior/your boss”) record a song called “Fish Story” that anticipates the sound of punk rock that’s just beginning in New York and London.
But the song will be the last one recorded.
The public is not ready yet for this new music style and Gekirin fails to success.
The record company will then break up the band due to nonexistent sales.
But the song has an ongoing life over the years.

Decades later, in 2012 a huge comet is burning in the sky on the path to destroy Earth.
The U.S. has failed in their attempt to blow it up with a nuclear weapon, and with only five hours left before impact, all major streets of Tokyo are completely abandoned.

That is, except for one record store, while a strange man is preaching about the impending destruction of the Earth to the last two people around him, the shop owner start to play the Fish Story record, before explaining how Gekirin came to write the song. 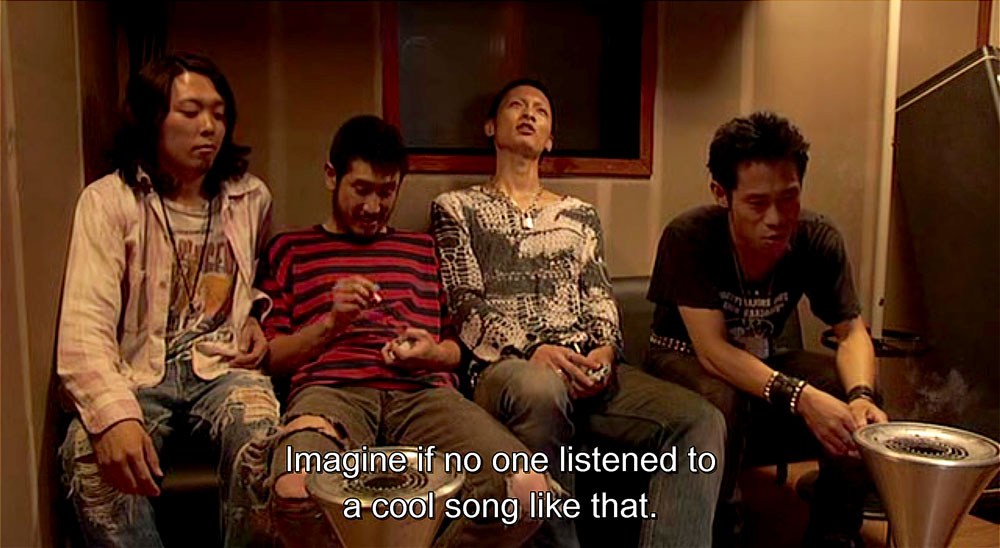 If my solitude were a fish, It'd be so enormous, so militant, A whale would get out of there,

You’ve may never heard a song that saves the world, so this is what it sounds like:
Gekirin – Fish Story (Silence 1975 Version)

The song “Fish Story”, written by Kazuyoshi Saito, is an improvisation on the key riff in the song “New Rose” by The Damned. This was the first ‘punk’ single released in the UK. The film sets the recording of “Fish Story” in 1975. “New Rose” was released in October 1976. (Source: IMDb).

Written by
Kotaro Isaka (based upon the novel)
Tamio Hayashi (screenplay)